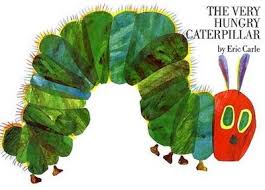 We do know we all want kids to read and incorporate this habit into their daily life. Sometimes, kids are so much into computers and cell-phones that we find it hard to challenge them with a good story. We tend to think they will get bored, or they will pick up the book, see the drawings and jump into another thing immediatly after. Unfortunately, this situation may happen or not. If a situation like this happens, we are the ones who should encourage them to consider other alternatives. Then, we should be aware of the books which are good and top rated onmarket and consider whether any of them adjust to the children's needs or not.
We mustn't forget that sometimes, books can be best sellers, but not because of their content itself but because of market matters. We like it or not, market plays an important role here, in putting books (as well as movies ) on top of the ranks. Again, it's our responsibiliy, being able to discriminate among "good" and "not so good" books. Nevertheless, having a look at the top rated ones, would be a good idea.
Today, I want to write about the All-Time Best Books for Toddlers. Thus, The very hungry caterpillar by Eric Carle , can be a wondeful option.
This book talks about the path which a caterpillar follows as he eats his way through an apple one day, two pears the next day, three plumns the following one, and so on, until he is really fat and has a stomachache. This story contains good language as well as drawings created by the author. Experts belive this story can be used for teaching facts about nutrition, the stages of a butterfly, and also the days of the week, cince the caterpillar eats the food during the week.
In case you want to learn about the author you can visit the webpage, where Eric talks about his personalm tastes regardong colours as well as the desire to make his own pictures for the book.   The story is written in a way that any kid would understand and enjoy. Moreover, I higly recommend reading this books, because it's one of those you'll never forget.

Now that I've included a poll in my blog, about the different values we should teach children, I'd like to write  a bit about RESPECT. This is a value that is very much mentiones nowadays, but at the same it's not very much put into practice, to say it in a direct way. The question would be... What is it that we teach when we teach respect? and How do we teach this value to kids?
I'm the kind of people, who strongly believe that teaching values is just a matter of proving good examples. Then, if I want to teach kds to respect either adults or their peers, I should start by respecting themselves. How do I do this? With concrete actions. Whenever I see kids are struggling for something such as a toy or any other thing, and they start insulting each other or making obscene offences, I tend to come closer and make them realize that what they are doing is WRONG. Yes, that's what I do. I make them stop, and reflect upon what they have just said or done. Sometimes I put forwards questions such as:
Do you think that's correct? Why are you doing that? is that the correct way of treating others? I gues you wouldn't like being treated in that way, wouldn't you? So, I am a strong supporter of the idea of making them STOP, AND REFLECT.
I do know this is not an easy task, but it has proved to be successful, at least to me. Now, coming back to the moment, I make kids stop and reflect upon their previous behaviour, I try to encourage them to apologize for what they've done, and promise not to do it again. Again, engaging children into such commitments will give them the opportunity for learning other values which are highly realted to RESPECT itself.
We don't have to forget that kids are very much influenced by TV programmes in which unrespecful events happen, so they tend to consider that as common and ordinary behaviour in life. Again, we should be in charge of explaining them, that those actions are not good, and that they shouldn't imitate them.
Of course, all these suggestions must be done, in a calm and relaxed atmosphere, when your child will listen to you quietly.
Good luck! =)
Posted by A guide for the kids at 10:53 PM 1 comment:

Email ThisBlogThis!Share to TwitterShare to FacebookShare to Pinterest
Labels: Parents

We've had 1000 visits!!!!
Thanks to you all people! We hope you'll go on visiting us as usual!  Our warmest regards!
Posted by A guide for the kids at 4:56 PM No comments:

Playing a musical instrument is one of the most wonderful activities any kids can do. It can bring about advantages such as helping to develop motor skills, creativity and  patience. Experts believe, that although there's no age for playing musical instruments, children are better at learning than adults. So, I think that a good option is encourage kids to make their own musical instruments. Why? you may wonder... Because they can shape it in the way they decide and make really but... REALLY unique.
The flute is a wind instrument. Its sound is produced when the player blows air across an opening in the mouthpiece.  The flute is  easy to carry and light, so every child can have one in his/her backpack.
1st step
Get a plastic tube, not to wider nor too narrow.
2nd step
Use a hammer and nails to make the different holes.
3rd step
Make a hole in the upper part of the tube, separated from the rest row of holes.
4th step
Be sure the end of the tube is not sharp, so that kids would not hurts their moutsh while blowing.
Important! If the edges are sharp, just put scotch tape around and protect the area.
Posted by A guide for the kids at 4:49 PM No comments:

Email ThisBlogThis!Share to TwitterShare to FacebookShare to Pinterest
Labels: Activities, Arts and Crafts, Games and Toys

Phrase of the Day

Writing is good, thinking is better. Cleverness is good, patience is better. Plastic toy get dirty easily, and it's our duty to clean them from prevent germs from spreading. Then, cleaning the toys is something important we shouldn't forget. We must remember that once a child uses a toy, it may or not get germs and those are spread to other children who might use the toys afterwards. For this, I'll give you easy steps to follow.

1) Buy an antibacterial solution. Pur the solution inside a spray bottle, so it will be easy to distribute the product all over the toy. Then, clean the toy with a piece of cloth.

2) You may use a solution made of bleach and water. Use a rug to wipe the toys.

3) Fill in a bucket with water and dish soap. Put the toys inside, and leave them rest in the solution for a couple of hours. Then, wipe then with a piece of cloth, or put them in the sunlight to dry.

4) For removing long lasting stains, you may decide to use a brush. You can use the previous explained solutions and brush the toy affected areas until they disappear.

I hope these tips will help you, and your children's toys get as shiny as glass!! See you my dear friends!

Kids' birthday parties are not parties without piñatas. You may know what they are, or may not, so here's an account of them. In Argentina, parents usually prepare (or buy already made) piñatas for their children's parties.
Piñatas are usually made of cardboard or paper and they take the shape or an animal, or an object. They usually match the theme on which the party is based. Parents fill in piñatas with candies, little toys and poupurri. The piñata works as follows...
Parents call kids to make a circle on the floor. Someone who is really tall holds the piñata in the air, while another person either tears a parts of it and it opens, or if it is made of a baloon, someone uses a nail to open it. All the candies and toys fall on the floor and the kids have to collect as much as they can. After this, they can share toys or even candies.
Here are some pictures of typical piñatas, but in susequent posts we'll teach how to make one of these! A guide for the kids
This is a blog intended to offer a great variety of kids' stuff, both for parents and the children themselves

Which are the values you want your kids to learn and be aware of?

Read the blog in another language